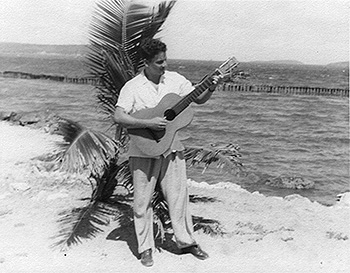 For Edward Xavier Huerta, music has been a “must have” throughout his life from as far back as he can remember. He first became exposed to music as a young child thanks to his father, whose love of music filled the house with the sounds of classical, jazz, and contemporary music whether it was played in the rec room that his father sound treated to ensure the highest fidelity, or sang pitch-perfect arias which his dad learned from his early years of operatic training and performing.

“My dad was a dramatic tenor & after moving the family to this country from Cuba in 1954, he got a gig singing as a member of the chorus for the Metropolitan Opera House in NY. He sang in a traveling flamenco group back in the 50's too. He was always playing different kinds of music in the house all the time. So I guess that was where my first introduction came from, as well as my appreciation for different genres. I think that one of the things he instilled in me was that no matter what style of music it is, if it's genuine, there’s always something, as a listener, that you can take from it. And as a performing artist, whether playing or writing music, there are facets that you can then apply to your own style. Whether it’s the complex arrangements of symphonic music; the improvisational aspects & free-form style of jazz; the attitude & driving power of rock music; the soulfulness of R&B; or the strong rhythm structure, passion & sincerity of Latin music. I could apply all these powerful themes to any genre & make my musical voice uniquely my own. As an artist, you can't help but be inspired & influenced by your upbringing.” 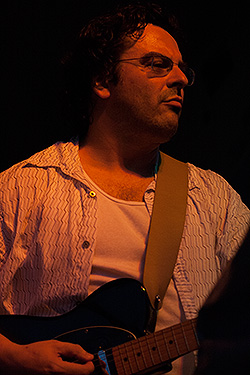 Eddie absorbed these musical influences early on and by the age of four or five was turning everyday household items into instruments, playing along to whatever was on the stereo or composing, "playing what was in my head", creating melodies and rhythms all his own.

Once his hands were big enough to wrap around the neck of a guitar, his father taught him basic chord structures as well as how to play in the classic Spanish style - a very precise rhythmic style. While in second grade he was enrolled in piano lessons, where he was introduced to the instrument that would eventually become his signature... his main form of expression. Seven years of formal training by Manhattan School Of Music graduate and Steinway endorsed artist Sheila Simpson culminated in many solo and orchestral recitals as well as fierce Juliard competitions. 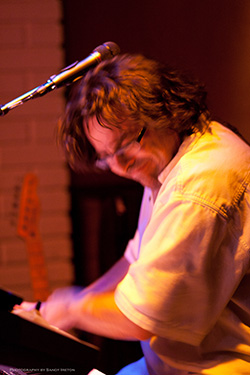 “I remember my piano teacher telling me that of all the instruments, the piano specifically was the most universal instrument & could be found in all types of music. And that the piano provided a musical foundation on which to learn other instruments as well. That made sense to me. And so as far as communicating through music as well as creating music, the piano was the most expressive instrument for me. As I got older, live & recorded influences led me to synthesizers. With respect to the acoustic piano, I've always also been drawn to the experimental & electronic side of music too.”

During those years, the Huerta family became synonymous with music in their local community. They played together in church, and the kids sang and performed in nearly every school recital and musical show. After holiday gatherings, friends and relatives came expect an evening “concert” of singing and playing, whether recently learned classical pieces by the kids or popular sing-alongs or Cuban ballads from ‘back in the day’ sung by the elders and accompanied by the kids.

After this kind of upbringing, it was no surprise that performing came easily to Eddie as he tenaciously learned one instrument after the next adding electric bass, drums and synthesizers to his guitar and piano playing abilities. Once in high school, he continued to improve his musical proficiency upon joining the school's jazz, concert and marching bands, eventually connecting with fellow students and forming a “basement band” of his own that rehearsed and played together as much for fun as with the desire to improve and learn from one another. The band performed at local events and college parties until it was time for everyone to grow up and go their separate ways. Eddie continued his studies at the Steinhardt School at New York University where he graduated with a degree in Music Technology and Sound Engineering. He also completed the intense one-year Audio Recording and Production program at the Institute of Audio Research in NYC. 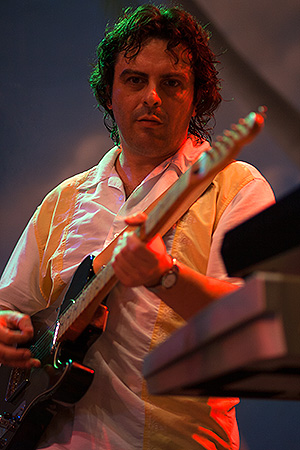 “Being part of bands in school and having my own band while in high school & college, is where I started to really grow as a musician. Not only did I learn a great deal during these years from my music professors & my bandmates, but each band experience provided me with the creative outlet that I needed at the time. Performing live with my band & playing through scores in the pit with other musicians pushed my skills. Meanwhile my schooling allowed me to dive into the more technical side of music involving analog & digital aspects of audio in the studio... Whether in front of the glass as a musician or behind the glass tracking & mixing & learning production techniques.”

After moving to South Florida with his family following his studies, Eddie quickly familiarized himself with the local music scene and was soon a working musician as a member of many local groups through the years... Hotlicks, Rusty Lane, Backstreets, Prime Tme, Filet of Soul, Retro Radio to name a few, performing in local clubs as well as public, private and corporate events. In 1995 Eddie joined Breeze, a long-standing local rock band with an over 30-year legacy in South Florida and a reputation for musical excellence. Eddie signed on as Breeze’s keyboardist, also playing guitar as well as providing lead and background vocals. Performing steadily throughout South Florida with Breeze for the last 20 years, Eddie has become a consummate musician earning the respect and friendship of his fellow musicians and others throughout the local music scene. Meanwhile, he has turned his early interest and curiosity of music, into a successful career and deeply-rooted passion he readily admits he can never live without. 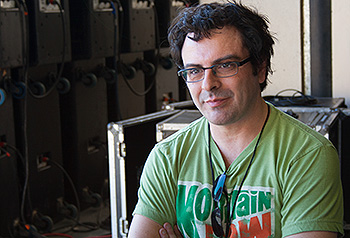 “The guys in Breeze push me musically. And I love them all like brothers. Listen... I’ve been playing music professionally now for 30-plus years. And while I know I'll continue to perform live for as long as I humanly can, this latest chapter of my musical career that has led to the creation of my own original music with Mélange & my other original efforts is an exciting one for me. It’s about self-expression & what I like to describe as a documenting of times in my life that have had a great impact on me. Musically? No rules. No formal structure. No boundaries. 100% self-expression. I look forward to seeing how the albums are received and if others share some of the same experiences & feelings. This is only the beginning of just another exciting chapter.”