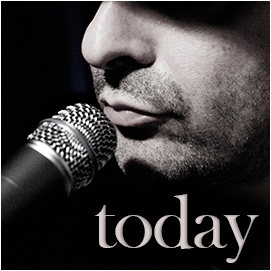 Thoughtful & atmospheric tinged tracks will prevail in this mostly down-tempo album. The working title is 'Today'. Solo pieces, as well as soundtrack flavored arrangements are sprinkled throughout; this album will feature a huge palette of musical colors. This release is shaping up to be a glorious backdrop, particularly for more peaceful, quiet moods. 2020 release date.

Boston's On The Beach (Delray)

The creation of "DO IT AGAIN"... A Tribute Featuring The Music of Steely Dan is currently underway. This stage show will feature expert guitar work, live horns & background vocalists... producing an accurate & true representation of Steely Dan's unique style & sound. The area's top session/live players & vocalists are currently being recruited for this project. STAY TUNED FOR A 2020 DEBUT!!! CLICK HERE for advanced info.

"Brothers Again" - A Celebration of The Allman Brothers This is a live show that includes seven players authentically representating the music of The Allman Brothers Band, humbly approached with great respect to the band's original members as well as their music. Live performance credits include keyboards & vocals. CLICK HERE to view/hear the video promo. CLICK HERE regarding show/booking info.

Summer Breezin'...  a full stage production that pays tribute to two bands responsible for so many radio hits on the acoustic side of classic rock... AMERICA and SEALS & CROFTS. Performance credits include keyboards, guitar, banjo & vocals. CLICK HERE regarding show/booking info.

Production has begun regarding a full album project featuring Julius Nelson. Julius is a seasoned singer/songwriter as well as an accomplished guitarist. The all original album will include tunes written and produced with a very unique folk-inspired and soulful gospel tinged style; a sound that is truly fresh and new and exciting. Tentative 2020 release.

Mixing/production is complete regarding album tracks written by talented singer/songwriter Doug Davis. Doug is from Calgary, AB and has a very strong harmonic and organic sense to his tunes. This partnership has proven to be a strong collaboration. Production credits include co-production/arrangement, mixing and mastering. Performance credits include organ and synth programming.

Tracking/production is underway regarding the latest album from singer/songwriter Marie Nofsinger. A local Florida favorite, more than 10 years have passed since her last release. Her fans are excited with anticipation. Americana... Blues... Country... Folk... Tex-Mex... Marie's newest material will be unique in its raw and rootsy presentation. Vocals are being tracked at DOB Recording Studios. Music is being produced by The Noodle Factory. Many talented South Florida artists will be making guest appearances on the album. Production credits include arrangement and mixing. Performance credits include vocals, keyboards, guitar, harmonica, bass, drum/percussion programming.

Equipment and musical instruments owned at one time. More info...

Equipment, musical instruments and software utilized for the production of his studio recordings. More info... 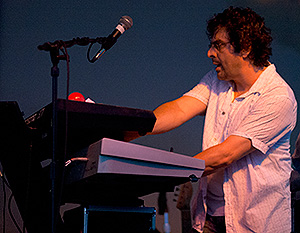 Some background on how and why Eddie got into the business of music as well as insightful thoughts concerning influences, achievements and goals.
More info...